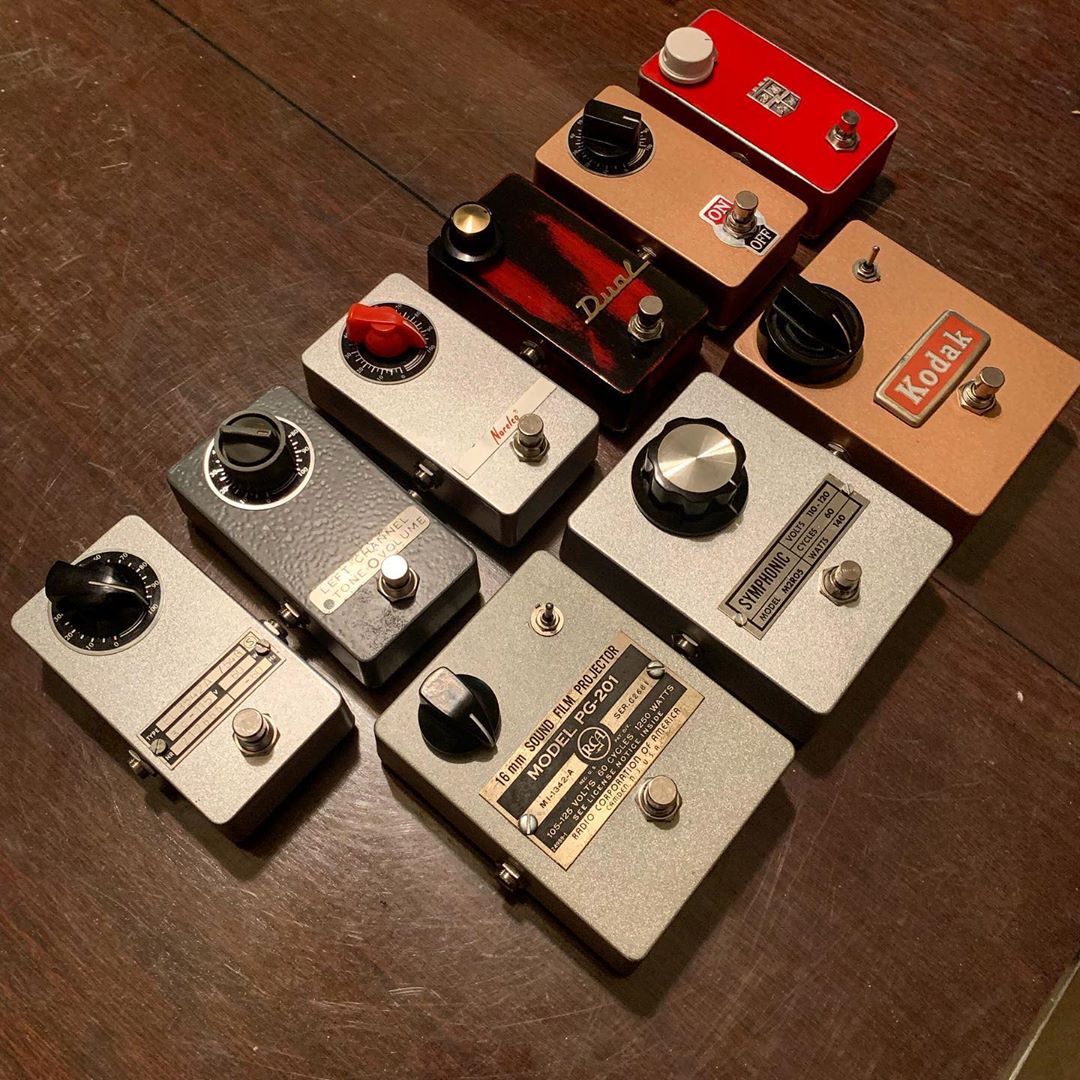 Hey Christ really glad finally talk to you after following you for long time. You’re the “Rangemaster Guy”, what is special about rangemaster in your opinion?

It’s very nice to talk with you!  I find the simplicity of the Rangemaster to be a big factor in why it sounds so good.  The main Rangemaster circuit is about 8 components, so each one has a very drastic impact on the overall tone.  There’s something a little magic to vintage germanium transistors too, they are very sensitive to the signal being sent through them.  Which makes them very dynamic and ideal to be paired with a cranked tube amp!

The Rangemaster was originally build to slam the front end (preamp) of 1960’s British tube amplifiers and brighten them up a bit as they tended to be fairly dark when cranked up into overdrive.  So, tube amps are definitely what they are designed for, but with the new trends in gear like Quilter Amps, or pedalboard mounted power amps paired with “amp in a box” style pedals.  Stacking the Rangemaster on top of a rig like that can sound quite good!  But if you’re talking about plugging a Rangemaster into a Fender Frontman with nothing else…….yeah that’s going to be bad, like really bad lol!

I love your work, building pedal from recycle component. So, each pedal sounds different. Any cool experience or funny moment when you build from recycle materials?

Thank you so much!  I got the idea to recycle the old parts from my gear obession and my cheapness.  I didn’t want to pay eBay prices for vintage tubes so I started finding them in old audio gear from the 1950’s & 60’s.  I don’t know why but I couldn’t bring myself to throw out any of the old capacitors, resistors and other stuff.  Even though I had zero pedal building or electronics experience.  So I was collecting the parts for a year or two and I picked up a solid state tape recorder and it was packed with Japanese germanium transistors.  So, I kept them all and started finding more things with European black glass transistors and saved those.  One day I was at a friends place working on an Echoplex I own and Tucker the owner/builder of Lamp Electric pedals showed up.  We got to talking and I asked if he could build me a Rangemaster, I had accumulated all the parts needed.  So he did and we both loved the sound of it!  It was like discovering the tone in my head all these years had finally happened.  So he talked me into finding more and building a run of pedals and the rest is history.. That was a very cool experience for me, discovering the tone on the Dallas Rangemaster there in Tuckers garage.  That day literally changed my life!

A funny story about using recycled components.  Well there was one time that I found an old 1960 reel to reel tape recorder on eBay.  It was advertised as “needs some work, but otherwise good condition”.  A week later it arrived and when I opened it up it was full of some kind of weird stuffing that smelled really bad.  When I started to vacuum it out, I discovered 3 full rat skeletons inside.  They had made a home in it, lived there, died and now had been shipped to California to be laid to rest by me.  Poor little guys, man they smelled awful too.  It took about a week before my apartment stopped smelling like death.

Did you ever stacking 5 rangemasters? How it sounds? Does it become death metal pedal or just noise?hahahhaha..

hahaha oh my lord, I have never thought to do that!  I will say Tucker built one of the best sounding fuzz pedals I’ve ever heard by stacking 2 Rangemasters in one circuit.  I don’t know how he did it, but it wasn’t noisy at all!!  So it is possible to stack treble boosters and sound great, but I have no idea how to do it!

Last question, any plan for making some digital Rangemaster? hahaha

Oh man, I don’t think so!  I’m not an electronics wizard by any means.  Digital is so far over my head it’s closer to actual magic than something I understand.  I’m too obsessed with the mid-century electronics.  They were built with pride and made to last.  It’s something you don’t see in consumer electronics any more.  We’ve become very wasteful and everything is meant to be thrown out every year.  Nothing is built to last any more, it’s cheap and disposable.  It’s really too bad that’s the way things are nowdays.

I have built a few Rangemasters with all modern components and they sound pretty good!  But there is a reason I’m still using the vintage components.  The modern and the vintage parts sound very much alike and the modern stuff gets you about 98% of the way there on tone…but, it’s the last little 2% where the magic lies and I have not found a way replicate that, no matter how hard you tweak and try.  It’s just not the same and a lot of people probably can’t tell the difference and there’s absolutely nothing wrong with that!  But for the players that are looking for that very specific type of tone, that last little 2% makes all the difference in the world.

9 thoughts on “Interview with Chris Vincent from R2R Electric”