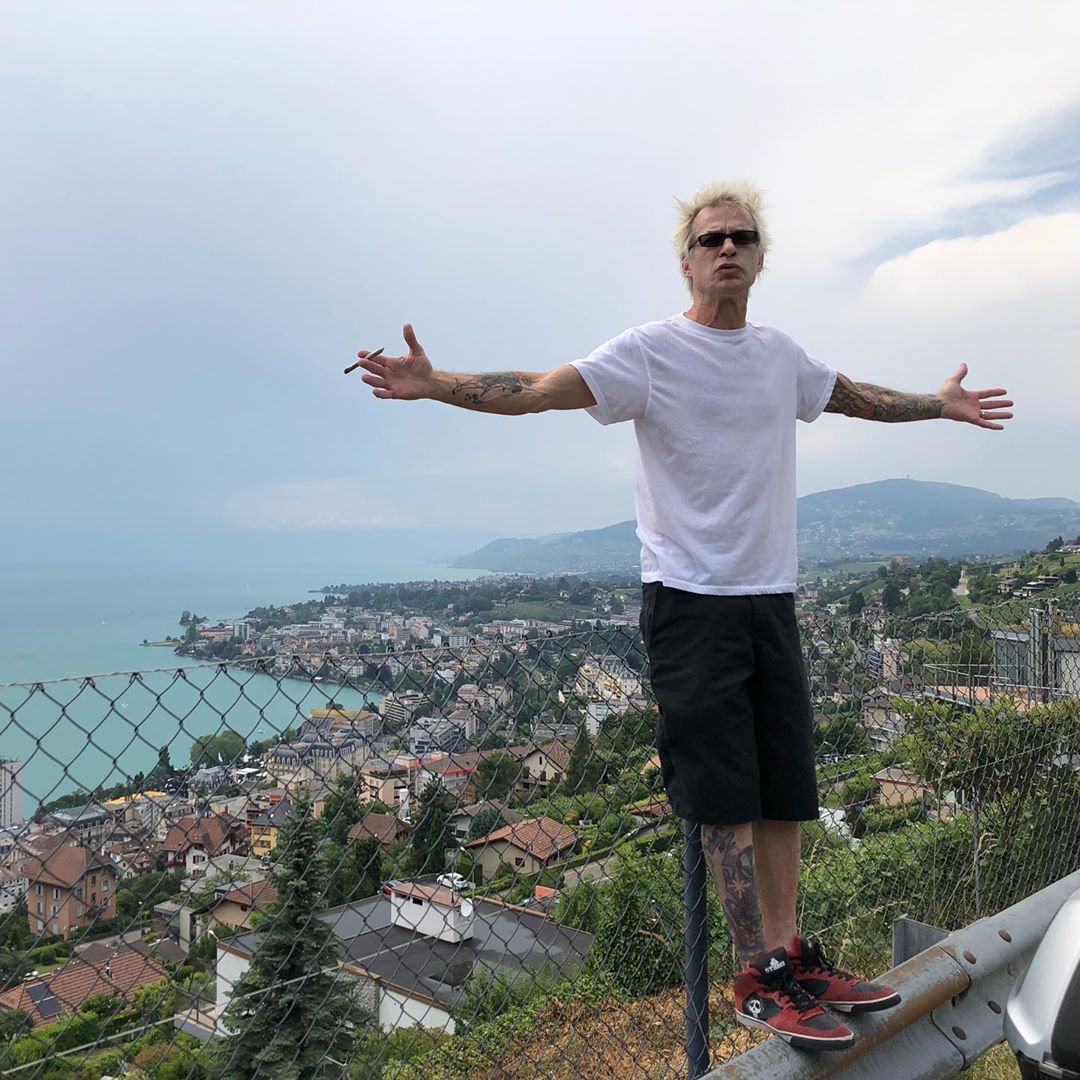 Hey man, how is going? First time I know you as “punk guy from Billy Gibbons Rig Rundown”,hahaha..You know were have “I call it Punk Radar”hahaha…this guy is amazing, so cool! Tell me about your “teenage punk experience”?

Yes, I have Punk Radar too. I think most punks have it. As cool as the rig rundowns can sometimes be, the ones Ive had to do for ZZ Top weren’t a good experience. The first one had a drum soundcheck going on in the background and was very annoying, and the second one was done outdoors in over 100 degree heat with a band on stage, waiting for me to finish so they can do their soundcheck. Not comfortable at all. There are 3 things that I will never get tired of taking about: Gear, Punk Rock and Skateboards. But those rig rundowns haven’t been as fun as they could be and I was wanting to get them over with. BUT you asked about punk rock! I was 15 in 1976 so it was the voice of my generation. Im from a college town in middle America (Lexington, Ky) and got my news from the English magazines like NME, Sounds, Melody Maker, as well as Trouser Press, Village Voice, Punk and the Phoenix. I had an ear to the ground because you could feel a movement coming and it was just exciting to listen a new kind of music unfold. Before punk my absolute fave bands were Frank Zappa & the Mothers of Invention and Alice Cooper. Both of which I still am crazy about. I started playing guitar because of Frank Zappa but because of punk rock, I wanted to start a band. I couldn’t learn a FZ song but I could write a song for sure. If I write a song, who’s to say its wrong? So I started a band called The Armpits. It was awesome and Ive never looked back. Lexington is a very arty town so I wasn’t the only teenager in the area that was hypnotized by this new sound and soon there were bands putting on gigs at the local youth centers and things like that. There is still a solid scene in Lexington featuring many of same people that started it, along with the second and third generations of punks.

Punkrock on “pre internet era” is really hard to find records, im living in small city from nowhere country, we record from cassete tape, make a mixtape, and I still keep all of those tape,hahahha…what is your favourite underrated punk band?

Probably The Starjets out of Ireland. They did one record in 1979. I still listen to that record a lot and for a modern band I’d say the Magnafiers, out of Chicago. They have a EP and a few singles available.

Tell me your stories become guitar tech for famous musician?

The same year that I discovered punk rock, I had started working for a local band setting up their gear. They were a show band with a horn section that played funk and dance music and I continued to do that throughout my high school years. It was a way to not partake in the real world yet still earn money. Perfect for me. After school I moved to Boston and eventually met Joe Perry. At that time he was a still doing the Joe Perry Project. We hit it off and always had talks about punk rock and guitars. Eventually he asked me to take care of his guitars. I took the job and it seemed to have worked out well. When he went back to Aerosmith it was looking like I wouldn’t have a job anymore so looked for another gig. Some friends from Boston had moved to LA and started a band called Alkatrazz. Their guitar player had just quit and they got a new guy, Steve Vai. I knew who Steve was because he had been playing with Zappa for 2 or 3 years and Id seen him perform with FZ. So I used my contacts and got a letter to him saying I would like to be his guitar tech. He called me, asked some questions and I moved out there. Within 2 weeks of talking to him I was living on a hippy ranch with Steve, his lovely wife Pia, and several other extremely talented people…and some chickens. I was encouraged  to do crazy guitar experiments and really started messing with customizing guitars. I bounced between Aerosmith and Steve for a few years until the schedules conflicted. I stayed with Joe because he gave me my start. I can never say enough good things about Joe Perry. All of my gigs have been obtained through a phone call. I am lucky that way. After Joe, I took a job with Izzy and after Izzy quit, I took care of Gilby. I need up leaving after the second riot (in Montreal) because I was burnt out. I took time off and played punk rock for a while and before long I got a call from Rachel Bolin of Skid Row asking me to take care of his basses. Those Skid guys are terrific people and a pleasure to work for and it was a blast. From there I took a gig with Billy Corgan. The first gig I took without knowing the person. It sucked. He sucked. I did 4 festival shows and never returned. Fuck Billy Corgan. Not too long after that I got a call from Billy Gibbons asking if I could come to Texas and meet him. I went down the next week and have been working with him ever since. It seems to have worked out.

Spares for everything. Leave your girlfriend at home. These days its even easy to have a spare amp, like the Orange Micro Terror close by. And make sure your spares are close by and not left in the van.

I would love to hear your musical project, tell me about all of them

Im talking too much as it is….I started a band in 86 called the Mighty Skullhead, well we were just Skullhead at first, but we found out about another band from England using the name so we had to modify it. Anyway….We still play gigs and record new songs from time to time. We’ll probably do a couple gigs by years end because it’s been a while. The singer lives in Key West and has become too busy with his other music so we’ve not played or recorded in a couple years but we’re on all the music platforms: Spotify, YouTube, Apple Music and the like. Its easy to find a place to so called illegally download too. I dont care how someone gets it, as long as they like it. I had been playing in the Brassknuckle Boys and we released a new single last year, 5 On 1, but then the band went on hiatus. I also play in a band called: Fishin’ with Jesus. Its more in the vein of psychedelic-punk. And I just started a new band with 2 bassists, drums and guitar. We got together once before the virus locked down the USA. It’ll be fuzz based with lots of ups and downs musically. Or it is supposed to be. Its not like we really know yet. During this self quarantine Im writing the songs so when we can start playing again, we can hopefully jumpstart it and go right into the studio. So I stay pretty busy on the band front.

3 thoughts on “An Interview with ELWOOD FRANCIS, guitar tech for Billy Gibbons, Black Crowes, Guns N’ Roses, Aerosmith & many others.”